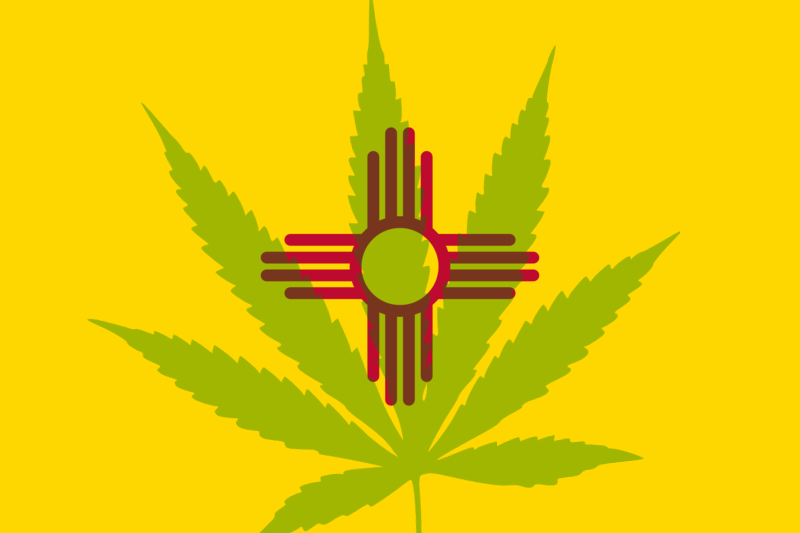 Seemingly out of the blue, this week has become another milestone in the history of cannabis reform. On the same day that New York Governor Andrew Cuomo signed the Empire State’s long-delayed adult-use bill into law, New Mexico lawmakers passed their own legalization package.

Like New York, New Mexico has been working towards legalization for years now. Governor Michelle Lujan Grisham has been advocating for weed reform ever since she took office, but lawmakers managed to fumble every attempt at drafting a workable adult-use law. This year, a new version of the bill was proposed, but once again, legislators were unable to reach a consensus before the end of the year’s legislative session.

Instead of allowing the scourge of prohibition to carry on for another year, Governor Lujan Grisham convened a special legislative session exclusively focused on cannabis reform. At this session, state Sen. Jacob Candelaria (D), a staunch advocate of reform, showed his fellow lawmakers a weed vape cart he legally bought through the state’s medical marijuana program.

“If anyone wants to look, this is one gram of indica cannabis extract that will be vaped later by me after this bill,” Candelaria said, according to The NM Political Report. “A lot of it. Maybe all of it.”

Just two days after the session began, lawmakers finally approved three reform bills and sent them to the governor’s desk. The first of these bills, HB 2, officially ends cannabis prohibition in New Mexico. Anyone over the age of 21 will now be allowed to possess up to two ounces of weed, 16 grams of concentrates, and 800mg of edibles. Adults can also grow up to six mature cannabis plants, or 12 per household, but cannot sell or barter weed that they grow.

The bill will also allow licensed and regulated cannabis sales to begin no later than April 1st, 2022. Legal sales will be hit with the standard state sales tax of 8 percent, plus an excise tax that will start at 12 percent, then grow by one percent per year until it reaches 18 percent in 2030. There will be no cap on the total number of weed businesses, and small microbusinesses will also be allowed.

Unfortunately, many of the social equity provisions included in previous legalization proposals were stripped from the final version. Lawmakers intend to create a new bill to address these issues, but the timeline for this is unclear. But on a positive note, HB 2 will not allow individual municipalities to completely ban weed businesses, as most other legal-weed states do.

Lawmakers also advanced two more bills during the special session. The second bill, SB 2, will set up a system for reviewing and expunging former cannabis convictions from criminal records. The third bill, HB 1, secures state funding to regulate the new adult-use industry. A fourth bill to establish restrictions on stoned drivers did not pass, though.

Before it can become law, these bills must be signed by Governor Lujan Grisham, but she has already indicated that she is happy to do so. “This is a significant victory for New Mexico,” the governor said in a statement. “Workers will benefit from the opportunity to build careers in this new economy. Entrepreneurs will benefit from the opportunity to create lucrative new enterprises.”

New Mexico is now the 17th US state to legalize adult-use cannabis, but it’s looking likely that a legal challenge in South Dakota will knock that number back down to 16. But not for long – Virginia lawmakers also passed an adult-use bill last month, and Governor Ralph Northam is currently working to make this bill take effect this year.