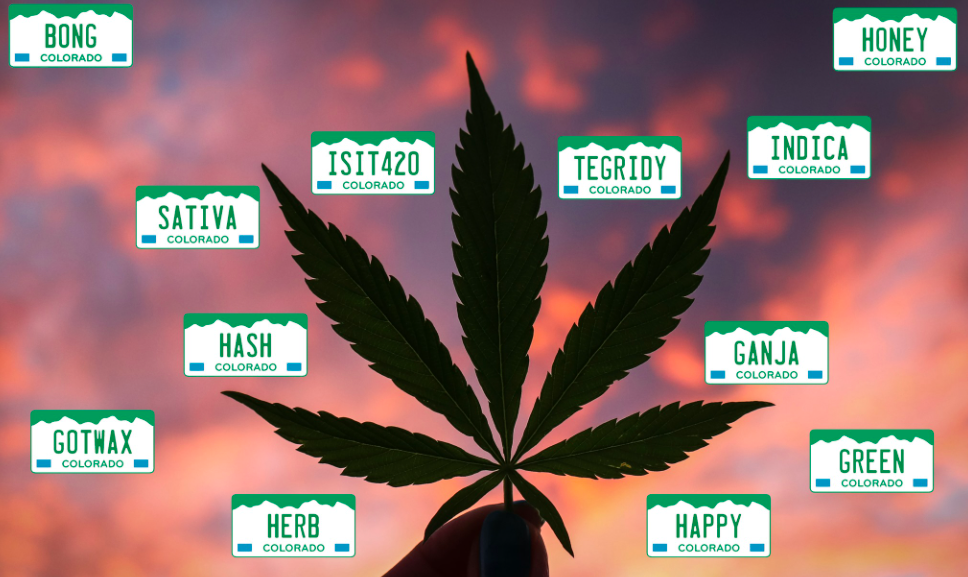 When Colorado officials announced that they were going to start auctioning off weed-themed vanity license plates on April 1st, most people thought it was an April Fools’ joke. But rest assured, the plates are real, and all proceeds are going to charity.

The Colorado Disability Funding Committee, a state organization that issues grants to organizations working on behalf of the disability community, is auctioning off 14 weed-themed vanity license plates to help raise money for future grants. The plates cover all manner of cannabis terminology, from basics like “HASH,” “BONG,” or “HERB” to more heady choices like “GOTWAX,” “ISIT420,” or “HONEY.”

“The Colorado Disability Funding Committee had the TEGRIDY to STASH away some great HERB-related license plate configurations and is making them available to you,” the group wrote in a Facebook post. “Don’t be GREEN with envy because your neighbor GOTWAX and HONEY, bid on a plate and support people with disabilities! Colorado GANJA-themed license plates could make you as HAPPY as your 100% HEMP t-shirt. Leave ya SATIVA and INDICA, put down the BONG, use our HASHtags to follow along.”

Each page of the auction contains a disclaimer urging people to “use cannabis responsibly, within the limits of all Colorado laws” and to avoid driving while stoned. People living outside of Colorado are also free to bid on these auctions, but out-of-state winners will not actually be able to use these as official, registered license plates. In-state buyers will have to cough up the usual DMV registration fees for new plates in addition to the final auction price.

Even as recently as ten years ago, the idea of a state-run charity organization using weed merch to raise money would have seemed too wild to believe. But as the public stigma against cannabis continues to fade, more businesses are using weed to promote good causes. Earlier this year, a Michigan weed dispensary and activists in Washington DC both kicked off separate campaigns to hand out free joints to anyone who gets a COVID vaccination.